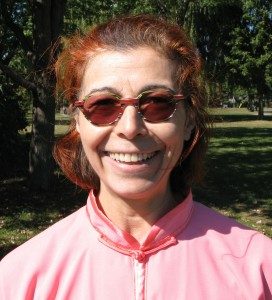 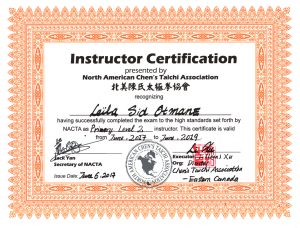 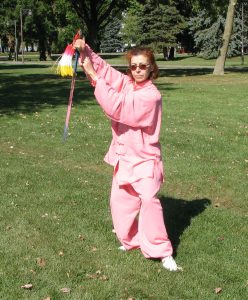 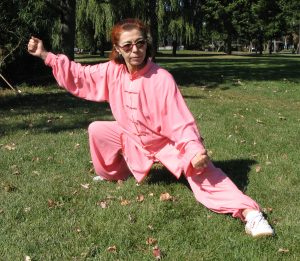 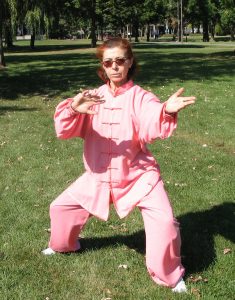 Since I was young, I was fond of all sorts of exercises. First, I practised athletics, volley-ball and gymnastics at school. Once in university, I begun modern ballet dance. At the same time, I was member of the university volley-ball team during 4 years and was still running 5 km twice a week. After some years and the development of my professional life, I could no longer cope with the dance requirements in terms of dedicated time and stopped dancing and participating in shows on theatre stage. Running was all I was doing for a while then soon it appeared clear that it was not enough to fulfill my needs.  I decided then to go try a class of chotokan karaté. I never left for over 5 years.

After immigrating to Canada, I kept running and biking in summer time and practicing Yoga during winter.

On 2019, I had a herniated disc with a terrible inflammation of the sciatic nerve and was forced to stop all physical activities for 2 years. This sickness left me with sore body, tense muscles and totally unbalanced to a point I could not stand still. I went back to Yoga class but it was so painful not only during but also after class. I tried hard for some months and eventually I had to stop it.

It did not take long before I heard of this class of Chen’s Tai chi with Master Leon (Li) Xu. I went to try first and realized that something must be done to rehabilitate my physical health. I did not even think of the psychological health it was going to bring me. I became student of Master Leon (Li) Xu and of Master Qian Zhou.

It has been 5 years I am practicing Chen’s Tai Chi. My health has considerably improved as well as my breathing my posture and my balance. Most of my body’s pain disappeared and over all, Tai Chi practice supported me psychologically when I was going through the terrible loss of my husband. Knowing all it brought me, I find it right to help others benefit from its teachings.